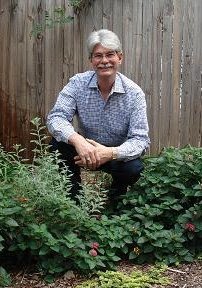 We are rapidly approaching October 28th, the final day of the last "day" of the 9th and final level of the Mayan Prophetic Calendar. According to some Mayanologists, this record of the evolvement of consciousness began 16.4 billion years ago with the first level, called the Cellular Level, because the first live cells came on the scene. Each of the 9 successive levels, each building on the other, were divided into 13 Kingdoms (Mayan) or 7 days and 6 nights. Each successive level was 20 times shorter than the previous level. The 13 Kingdoms of the first cycle were something like 1.26 billion years each. It obviously took a long time to create the solar system, the planets, the stars, the sun and moon, and every other vibrational mechanism for sustainable life to form. 820 million years ago, the second cycle, the Mammalian Cycle, began and in the 7th day of this cycle the first live births/the first mammals appeared on the global scene. Each day and night of this cycle was 63.4 million years in length.
So, here we are in the final days of (I am assuming, the driving Source's plan)the evolution of consciousness. The 13 days and nights of the 9th level are only 18 days each (we have come a long way). Consciousness has sped up the process of information processing. The evolution of consciousness has evolved us into a being with the ability to co-create. Humans have the inner technology to gather, process, and disseminate with conscious awareness what is going on around them. We are "getting it" that we do actually create our life experiences. (quantum physics, Abraham-Hicks, The Secret, Gregg Braden, Carolyn Myss, Bruce Lipton, Lynne McTaggart, ad infinitim). Our inner guidance system is our emotional system (thought, feeling, emotion). I developed a chart to show this process called the EMCS Living In Choice Levels of Responsibility Chart.

If you go to my website www.garycone.com you can get the free download of the ebook I wrote explaining how this chart works along with a process of determining how well you are using your inner guidance system. It is called How to Manifest Your Dreams and includes the Living in Choice Science of Manifestation process.

As you can see from the above chart, what you believe is the driver for thoughts, feelings and emotion or energy in motion. By the time you get to sending out the energy of desire into the Universe, you have already imbued that energy with the information of belief, thought, feeling and then you have spoken the angry, resentful words, you have taken some kind of action as a result of that energy and then it shows up in your reality. Right? We are aware of this kind of co-creation, but not so aware of the creation of the good stuff. We think we were just lucky, at the right place at the right time, etc. but rarely to we recognize it was us who generated the good in our lives.

For example: You are frustrated at work because you have too much to do and too little time to get it all done. You know the job market is filled with many qualified job hunters, and that creates a fear that if you don't get everything done you will get fired. With your inner technology generating the vibration of fear and doubt all day at work, you go home and the kids haven't cleared their rooms and have trashed the living room, so you, like a volcano erupting, blow your built up fear and doubt about your job all over the kids. You yell and scream at them and then you feel bad because they got scared because they didn't understand your sudden angry outburst. They were just being kids, after all. Then chaos reigns in the household, Dad comes home and his day hasn't been any better, so his guidance system is trashed with anger and resentment because he was passed over for promotion, again. His highly fueled energy system meets the chaos in the house and more yelling ensues. Finally everyone is so exhausted from the emotional trauma escape seems a much better option. So, escape in television, the internet, a beer, food, or some other form of mind numbing activity seems a better bargain.

Does that sound familiar?

This process of handling life is a conditioned one and is driven by the Law of Survival. We get disappointed because "life" hasn't gone the way we want it to, we look for someone to blame, someone to project our disappointment onto, then we judge ourselves or the other, and want revenge for the disappointment. Our inner guidance system interprets this as "I am going to die" so survival becomes the automatic reaction - it is primary. This is the default system built into the system back in the Mammalian Cycle 820 million years ago. We needed it to get here.

Now, consciousness has guided the evolvement of our ability to "see" what is going on consciously, We have come to the thresh hold where we have the opportunity claim our power as a conscious co-creator. We do that through learning to use the inner guidance system to move us into the "vortex" (Abraham-Hicks) of our own connection to Source Energy. We know we are there when our internal guidance system signal lets us know we feel good. When we feel angry, hurt, disappointed, etc. our guidance system is letting us know we have moved away for alignment with source energy or the vortex. What we don't want lets us know what we do want, as Abraham-Hicks repeats again and again. Because we have been operating out of a domination system (Wink) for so long, many of us do not know there is any other "system" to operate from. It is time to learn!!

Living In Choice depends on it.